When you first look at a standard dressage arena layout, you will notice letters around the outside perimeter. They are not in alphabetical order, but instead, look like a random bunch of letters. They do however have a reason for being there. Let me explain what they all mean.

These letters are set out at pre-designated intervals around the outside edge of the arena, this helps the dressage rider follow the correct path while riding tests or simply having a lesson with trainer.

These markers help clarify where movements should be performed and as a rider you perform these movements from point to point. It gives you are clear understanding of where you are within the arena and as you work through your dressage test where the movements start and finish from. 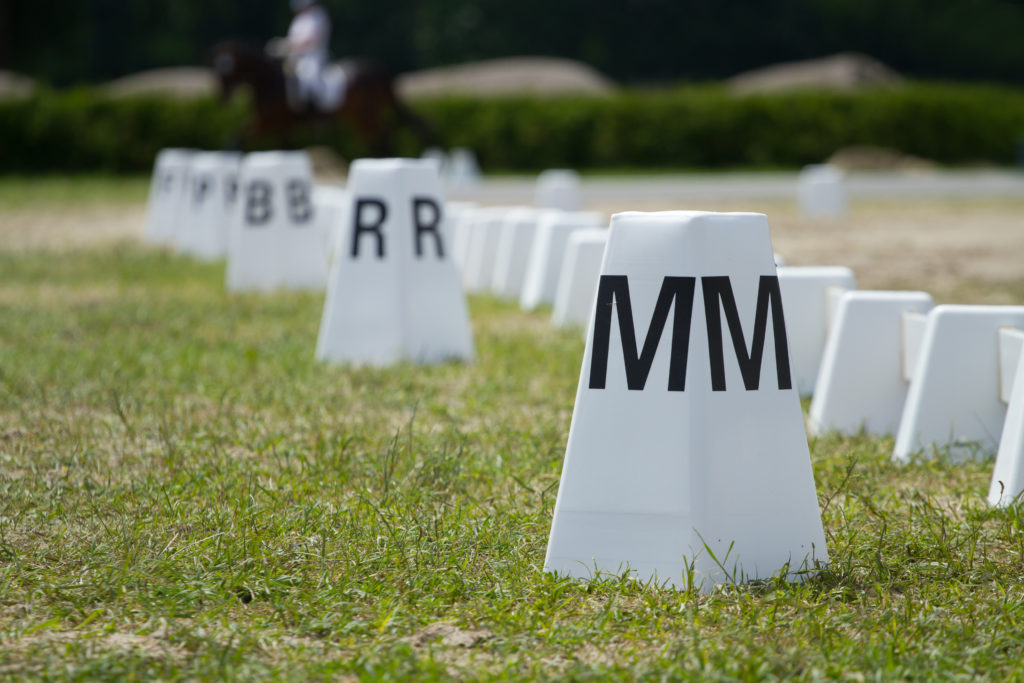 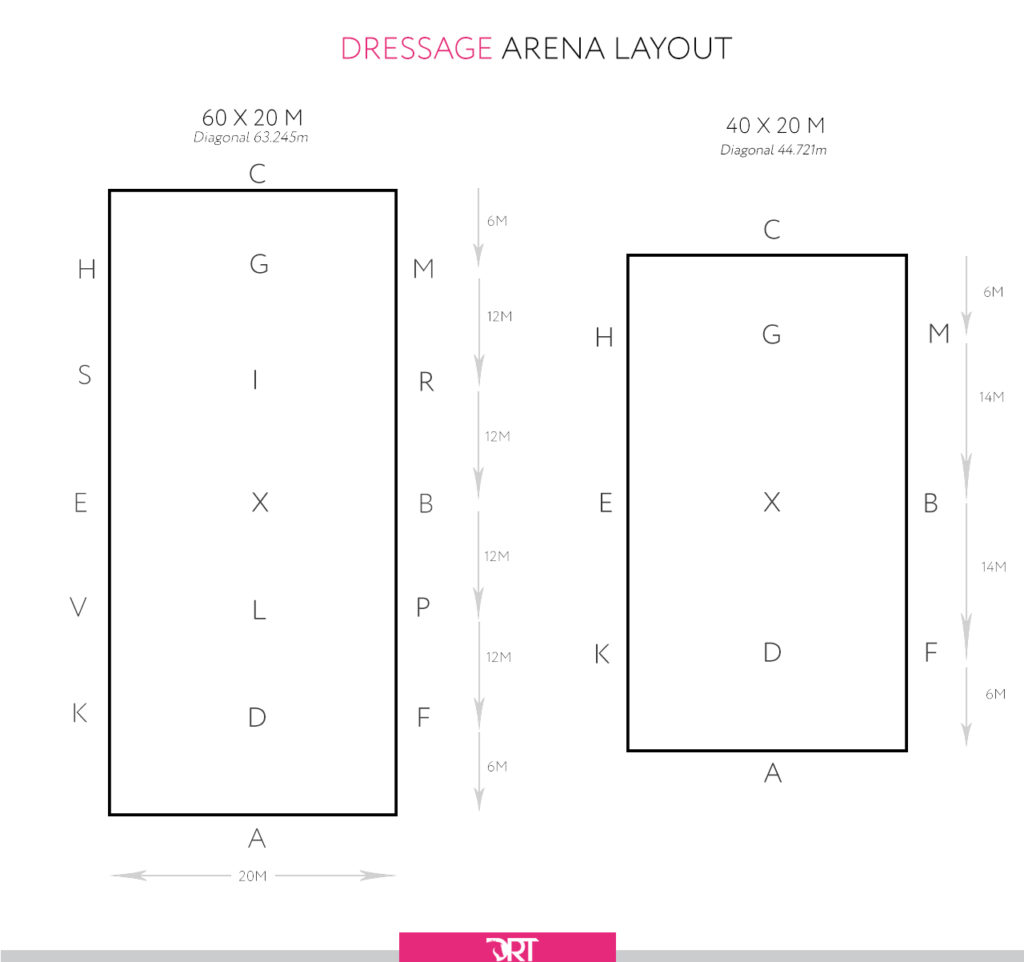 An example of large arenas versus small arenas. The layout is similar with the exception of a few letters between the two different arena sizes.

Here you will see the two different size dressage arena layouts, the letters within the arena that sit on the center line aren’t visible on a physical dressage arena, however the outside letters around the short and long sides of the arena will be physical markers and the entrance to the arena at A which sits on the short side of the dressage ring.

What Do The Dressage Arena Letters Mean? 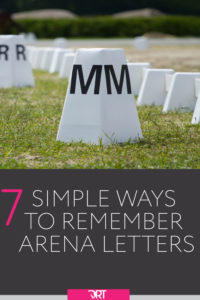 There are a number of different theories as to what the Dressage letters mean and here are two of the common stories suggesting their origin and where they originated from.

It is also believed that markings found on the walls of the Royal Manstall (stables) of the Imperial German Court in Berlin suggest that the letters indicated where each courtier or rider’s horse was to stand and wait for their riders.

The German Cavalry is also known to have had the arena letters spaced around a 60 meters x 20 meters space. This was between the stable blocks in many Germany Cavalry barracks. Although the absolutely definitive origin of the letters is unknown, it seems that there are two main theories both of which originate in Germany.

The markings found on the walls of the Manstall were:

S Schzkanzler (Chancellor of the Exchequer).

When competitive dressage began, arenas were measured at 60 meters x 20 meters and these dimensions were first adopted for the 1932 Olympic Games in which cavalry officers competed their dressage test. They competed predetermined sequences and movements to demonstrate progressive training methods of the dressage horses much as they are today in dressage competitions.

The earlier tests were specifically designed to test the skills of riders and their mounts. Collected and extended paces were required, pirouettes, rein back and flying changes were also included. They also had the task of negotiating five small obstacles including a barrel which was rolled toward the approaching horse and rider! Until late as 1952, Olympic dressage was restricted to male-only riders. 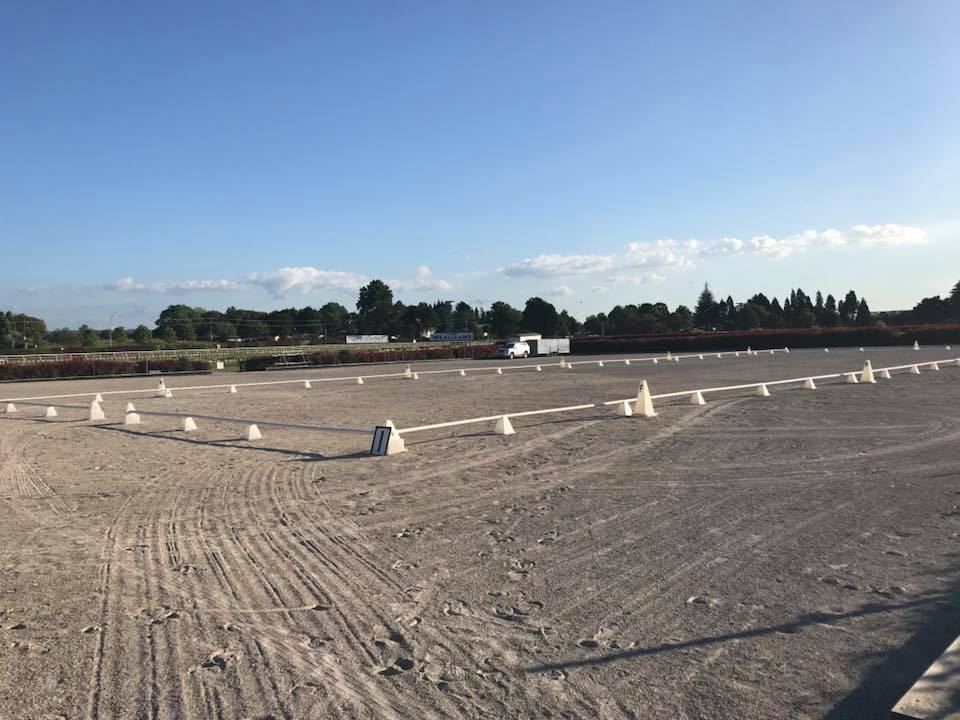 How To Remember Dressage Arena Letters

There are a number of different ways to remember the outside letters of correct dressage arena layout and for me personally growing up I used the saying “A Fat Black Mother Cat Had Eight Kittens” this was for the smaller size arena, then you add in RSVP. I have certainly heard my fair share of sayings and here are just a few more common ones you might like to use.

I love to look at other riders doing their tests and youtube is fabulous for this. Take a look at Charlotte Dujardin, Isabell Werth or Carl Hester ride and their accuracy is amazing. This is often where marks can be really lost, so really getting to know your arena, the layout and riding from marker to marker and using your corners to help set the horse up can make the world of difference. 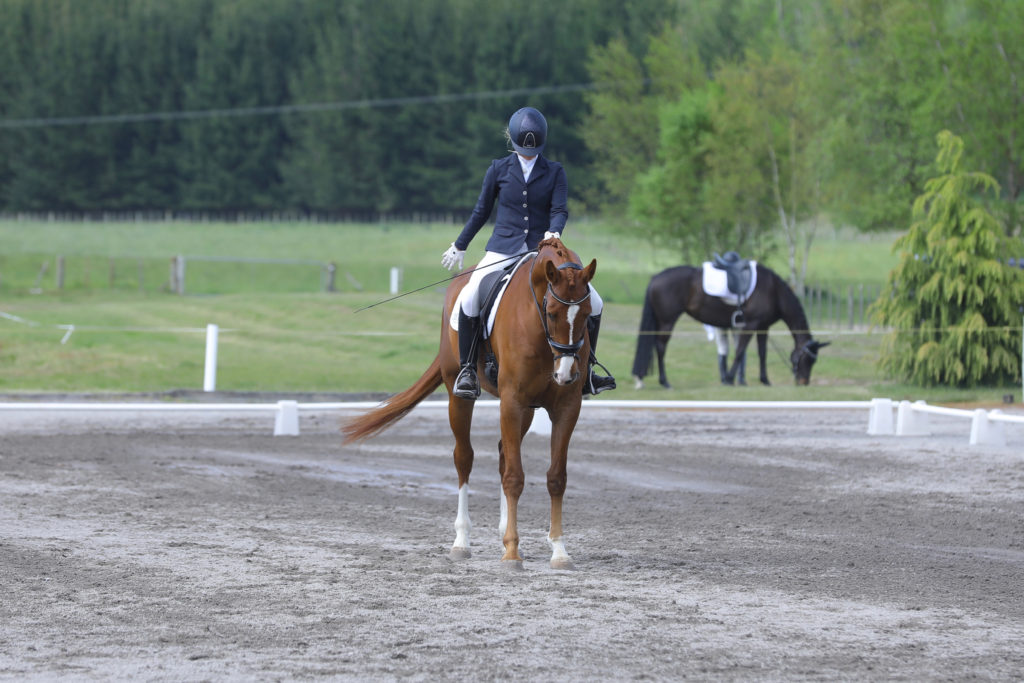 What to learn more about dressage arena construction or build one yourself at home?

Check out my article here all about the do’s and don’ts of building a Dressage Arena.

Want to work on your dressage riding off your horse?

Improve your mindset, posture and overall energy so that you can be the best rider you can be.

Check out all the free resources on my site and feel free to reach out anytime. My goal is to help you perform at your best and by paying a little attention to your own health and wellbeing you can truly start to shine in the saddle.

We are in a team sport and when we take the time to take care of ourselves as much as we do our horse, it means that when we are in the saddle we can be fully present and be the give our best to our horse.

Dressage is all about symmetry, posture, alignment and suppleness, so it makes sense that we focus on this within our ourselves as well as in our dressage horse.

Get started with our free guide here. 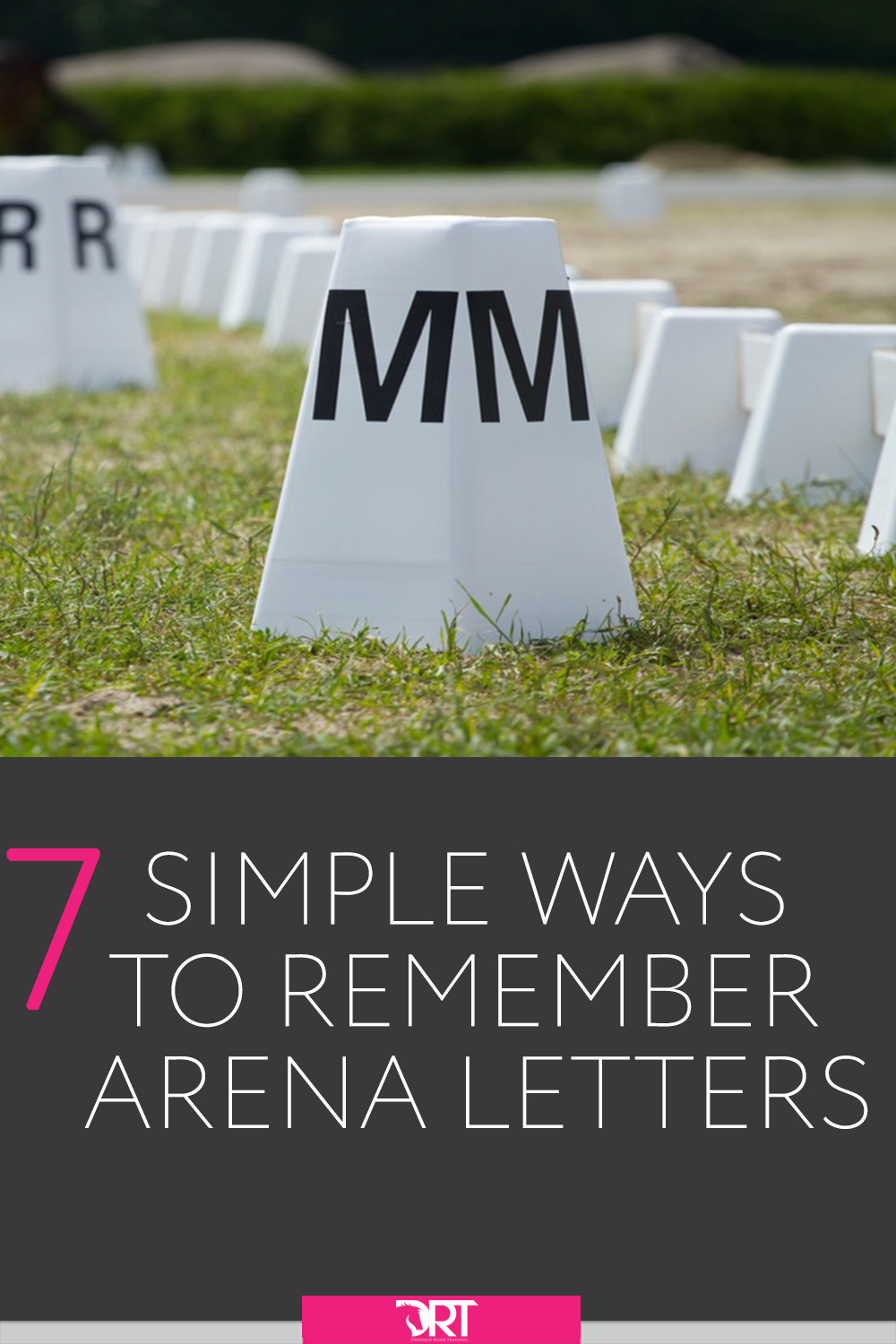